How it all began

In 2003, Alice Wallther from Hindås, Sweden, travelled to Chennai, India's fifth largest city. In order to get a better understanding of the area, she arranged to shadow some social workers in slum areas. Alice began giving after-school English lessons to the children in the slum areas and on the street. She was impressed by the children's enthusiasm to learn, but also concerned by the difficult circumstances preventing them from continuing their schooling.

How could these children be helped?

A classroom would provide protection from the elements and a dedicated space where they could study and do their homework. In order for Alice to finance this project, she produced cards and calendars from photos she had taken during her visit. In 2005, she returned to the slum area in Chennai, built a small classroom and employed its first teacher, the only girl from that slum area who had attended university and knew the children well.  In order to ensure accountability and that funds went directly to the project such as wages and land rent, Alice made a formal agreement with a local organsiation that was already based in the area.  This organisation also reported regularly on attendance and progress.  When she returned to review the project a year later, Alice found that more children were regularly attending school with enthusiasm and a feeling of potential.  The idea that this small intervention seemed to have made a big difference to these children motivated Alice and several other people back in Sweden to continue the project and the charity ChennaiSmiles was formed.

The organisation continued to develop with additional teachers and volunteers. In addition to the general teaching, volunteers have also provided practical sessions on life skills such as health issues and money management.

Since ChennaiSmiles was founded it has worked in partnership with different Indian non-profit organisations that operate with the same principals and ambitions, to help improve education for underprivileged children in south India.

What is happening now?

Throughout the years, ChennaiSmiles has managed to work around changes in location, as well as political and organisational turmoil. Working on a smaller scale allows for more flexibility and better oversight which means that use of resources can be optimised.

Here is how you can help 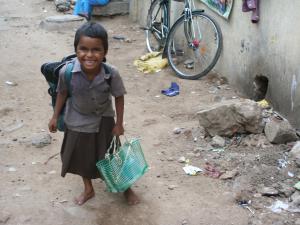 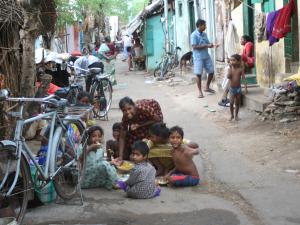 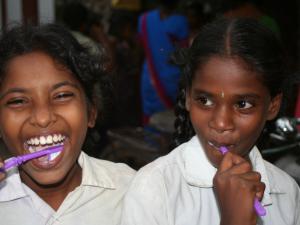 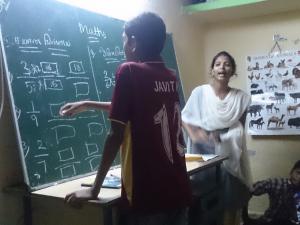 Welcome to our stall outside Hindås Station from 10 am - 3 pm where we will be selling locally produced garden plants!